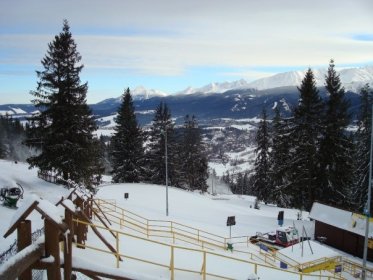 The photo above is the view from the top of Gubalowka in Zakopane. At the bottom of the main street in Zakopane there is a train that takes you up to the top of the foothills, Gubalowka. 10 years ago this was not only a tourist attraction with a beautiful view but it was once a popular and fun place for skiing in Zakopane. However, due to land ownership issues and other disputes the skiing from the top of Gubalowka back down to the town was closed meaning the only skiing possible on Gubalowka was on a short, 300m long drag lift near the top; offering nothing more than an easy beginner slope. In the last 5/6 years there has also been a Salomon Snow Park built up there each winter providing freestyle fun for all abilities alongside the drag lift. However, with ski resorts in central Zakopane looking to keep up with the constant developments of other ski areas around the town there will finally be a 100 million Zloty investment to try and restore Gubalowka back to the popular ski area it once was.

The image below shows the projected new ski area boundary, which in comparison to the current size of the ski area should mean a huge change to the skiing on Gubalowka. Plans are being put forward to improve the top and bottom stations of the existing ski train and to build a 4-man and a 6-man chair lift as well as a new drag lift for beginners/children. Due to some necessary deforestation to allow building of these new ski runs and chair lifts the current plan is to have a route from the top to the bottom fully operational in winter 2014/15 with new chairs and runs to follow in the next two winter seasons. We’ll keep you posted! If you are interested in what’s happening in Zakopane then you can follow our Facebook page or Twitter feed, which has regular news on skiing in Zakopane. If you simply want to come and take a look yourself then get in touch and we can help organise your ski holiday in Poland. Come and ski Zakopane with us!

A quick edition to this page today (27th September 2014) that there are also 2 new chair lifts being installed at the Bialka Tatrzanska Ski Area. The new chairs will be opening up in December 2014 and January 2015 so they will be ready this coming ski season! These new lifts will again be very modern, high tech ski lifts allowing small children a safe option for using ski lifts on their own with new smart technology, which can adjust seat height and safety bar positioning automatically. Bialka have also added a new cross country skiing circuit over the summer, which yet again adds something new to their ever developing list of available facilities. 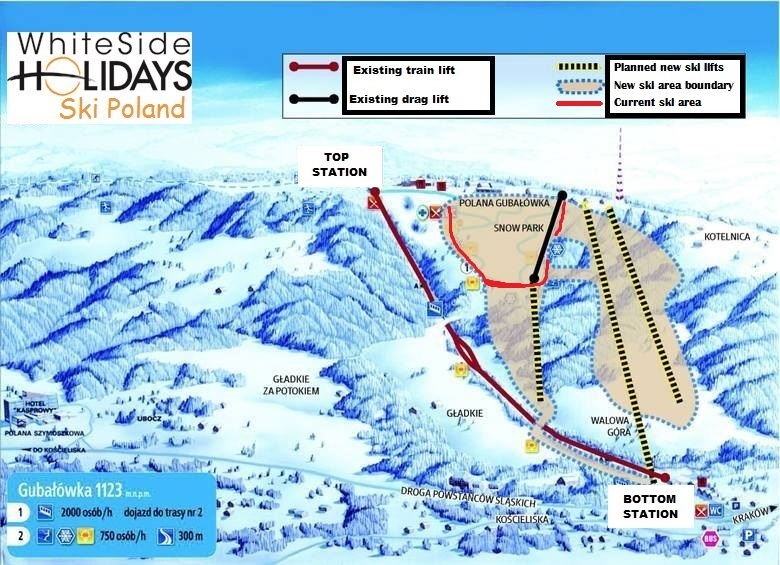