White Side Holidays Poland early bird ski and snowboard holiday deals are back on and we’re ready to take bookings for Winter 2013/14! We’ll be running our early bird ski deals right through until the end of June, that gives you exactly 109 days to speak to your friends, family, work mates, school mates, uni mates (maybe even your boss will pay for your office party abroad this year!?) or whoever else you might want to ski with and start organising your next winter holiday at a budget price.

Here are the details of our full Gold Package: 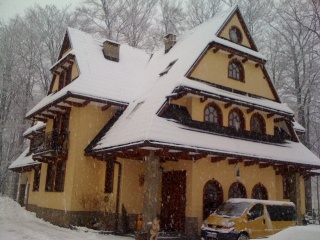 For any bookings made before the end of June we can offer the above prices with only a £50 per person deposit required and nothing else to pay until 8 weeks before your holiday starts. Get in touch with White Side Holidays Poland now to find out more about our Early Bird ski and snowboard package deals or to enquire about any other dates during the season.

Tomorrow is the opening day of the new “Tiger” energy drink sponsored snowpark in Witow, a ski area that we regularly use with our ski and snowboard holiday guests here in Zakopane. There were some issues with sponsors last winter, which led to there being no park, however, this winter Witow is promising Poland’s biggest snowpark and we can’t wait to get out there and put it to use this week! 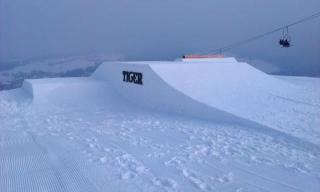 We can offer freestyle ski and snowboard lessons with our holiday packages to Poland so if you are interested in trying your hand at freestyle skiing or snowboarding then get in touch and let us put a package together for you that will have you sliding rails, spinning over jumps and enjoying the snowparks around Zakopane!

The 2012/2013 winter ski season in Zakopane, Poland is slowly creeping up on us. The summer is winding down and we’ve been on a quick drive around to see what’s happening in and around the ski areas that White Side Holidays Poland use in Zakopane. It’s quite a strange feeling being at the bottom of the chair lifts and ski slopes in the summer, staring up at the slopes and seeing lush green grass and sheep! Here’s what we can report back to you, if you’ve skied or snowboarded with us in the Tatra Mountains before then you should be able to picture these places, if you haven’t then why not! Get in touch with us now about our ski holiday packages in Poland for winter 2012/2013.

NEW ON THE SLOPES!

There are 2 new chair lifts being built at 2 different ski areas. The first is a new 4 man chair lift at the Jurgow ski area, which is growing year after year. Last year Jurgow built a new black slope into their resort, new restaurant facilities and a beginner drag lift. This summer they have added a second 4 man chair lift to provide quicker and easier access to all the slopes. THIS NEW LIFT IS NOW OPEN AND PROVIDING A QUICK ROUTE TO THE TOP OF THE BLUE SLOPES IN HAWRAN, JURGOW. 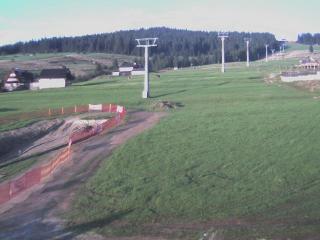 The second new lift is on the Male Ciche ski slopes where they have removed the old 4 man chair and are replacing it with a new modern detachable quad chair. The new chair will speed up the lift ride to the top from 12 minutes down to just 4 minutes!

Witow ski area is developing a new kids area, which we’ve always said would be a good addition! Hopefully they’ve had the same great ideas about it that we discuss amongst ourselves regularly whilst we’re there! We’ll have to wait until winter to see what happens there.

Fingers are crossed that Witow ski area will get sponsorship to get their snow park back up and running this winter, rumours are that there are a few interested sponsors. Also on the snow park front the Salomon Snow Park on Gubalowka will be up and running for it’s second winter this year! THEY GOT SPONSORSHIP! THE NEW “TIGER” SNOWPARK, THE LARGEST SNOWPARK IN POLAND IS OPENING UP ON JANUARY 20TH! WE CAN ALSO OFFER FREESTYLE SKI AND SNOWBOARD LESSONS IF YOU’RE INTERESTED IN HEADING TO THE SNOWPARK TO LEARN SOME NEW TRICKS!

NEW IN THE TOWN

Don’t read this if you like KFC because the Colonel has left Zakopane! KFC had stood for many years in the centre of town beneath an old hotel. The hotel has now taken its chance to end KFC’s lease and is building a new reception – what’s the point having a hotel room upstairs if KFC no longer exists downstairs?!

Slowly slowly a small indoor shopping centre is being built in the centre of town in front of the Litwor hotel, which will serve as a welcome rest stop from the cold winter weather.

La Playa Beach Bar is the only new bar in town for winter this year – will it or won’t it survive the cold snowy winter in Zakopane with it’s warm and sunny atmosphere inside?

Things are always popping up in Zakopane just before the winter so we’ll keep this list up to date in the next couple of months as and when we hear anything. Are you coming to see us this season? – Get in touch! 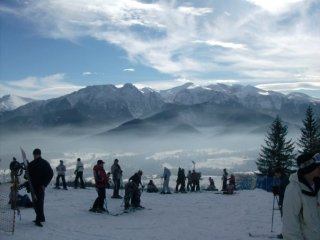 All the talk this summer in the UK will be based around two main topics, firstly Euro 2012 which gets underway next week and secondly the 2012 Olympics starting on July 27th. Whilst everyone in the UK knows London, towns around the country and what else goes on in the UK they probably don’t know too much about Poland and what else goes on in Poland besides the football the football this summer.

Hopefully the football being shown on the TV will shed a little light on Poland and what else there is to do here. We’re based in a town full of folklore, drinking, eating, dancing, shopping, sightseeing and more importantly for us SNOW in the winters! If you hear or see of Zakopane this summer and fancy taking a look for yourself then get in touch with us and let us show you around next winter. The Euros may bring glitz and glamour to Polish cities hosting the football but Zakopane will remain the same, a mountain town with the best value ski facilities on offer anywhere in Europe. Get in touch or take a look around our website to learn more about who we are and what we do here. 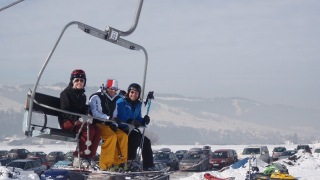 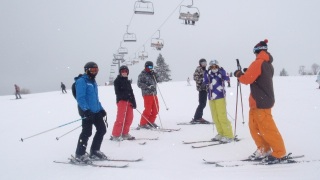 From now until the end of June you can take advantage of the great ski and snowboard holiday deals shown below, if you’re interested then simply get in touch and we’ll do the rest to help organise your next winter holiday in Poland. Please note the prices shown below are based on 2 people sharing.

Please feel free to get in touch if you have any questions on the above holiday deals and we will be happy to help! The Christmas and New Year holidays have both passed and we’ve had a great time on and off the slopes here in Poland with our holiday guests. We’ve eaten metres of ribs, skied and snowboarded all around Zakopane and enjoyed plenty of time in Zakopane’s bars and nightclubs. The good news for us is that winter is still in it’s early stages so we’ve got plenty of skiing and snowboarding ahead of us in the coming months. If you’re not able to get out and ski or snowboard with us this winter then now is a great time to start thinking about Christmas and New Year ski holidays for 2012/13. Get in touch, tell us how many people you want to come with and we’ll give you an unbeatable price! Happy New Year!

THE CHEAPEST SKI PACKAGE OFFER IN THE WORLD!?

THIS OFFER HAS NOW COME TO AN END! KEEP AN EYE OUT FOR MORE OFFERS FROM WHITE SIDE HOLIDAYS POLAND IN THE FUTURE!

Zakopane, Poland is known for being one of the cheapest place to ski in Europe and White Side Holidays offer some of the best value ski packages in Europe. The Polish Zloty offers incredible value for money and the cost of everything both on and off the ski slopes in Poland is quite simply unbeatable compared to mainstream European and other international resorts.

For one week this winter we’re encouraging people to come and see what skiing and snowboarding in Poland is all about and are offering possibly the cheapest ski or snowboard package available anywhere in the world for one week only. We’ve searched the internet and can’t find anything even close to what we’re offering this winter, if you think there’s better out there then let us know and we’ll join you for a trip!

If you book a skiing or snowboarding holiday package to Zakopane with White Side Holidays Poland Ltd between Saturday 25th February and Saturday 3rd March 2012 you can enjoy our Gold Ski Package with accommodation in Chalet Magnolia for an incredible £349 per person, which includes ALL OF THE FOLLOWING:

At the time of writing there are currently return flights available from around the UK to Krakow for as little as £53 return! Check out Skyscanner for the most up to date prices and details. Get your holiday dates booked and come and enjoy the cheapest ski holiday package offer in the world! Skiing in Zakopane, Poland in 2012 with White Side Holidays Poland!

For more information or if you have any questions then please feel free to get in touch with us: